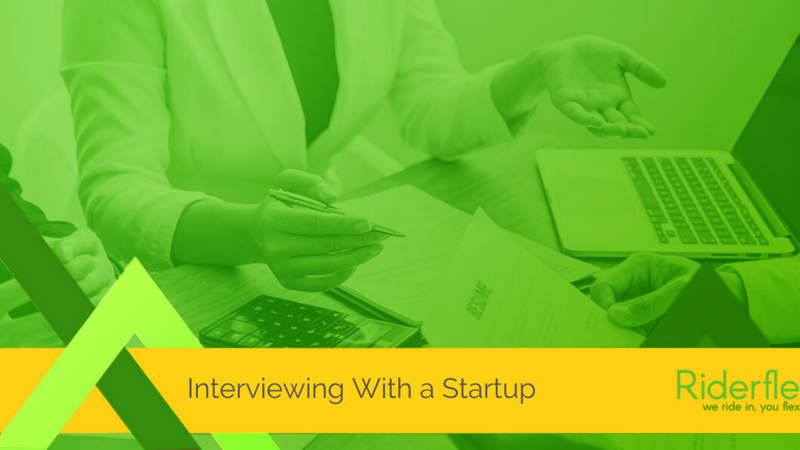 Interviewing With a Startup

#1. Have an honest conversation about compensation.

If you’re leaving a position at an established company to work with a startup, you need to be prepared for the reality that you’ll make less money. However, you’re not sacrificing that income for nothing. You’re exchanging that potential income for equity in the startup. But, it’s still a sacrifice that will require a change in your living standards.

Going from making $100,000 a year to $40,000 is going to be an adjustment. It’s important that you have an open conversation about how you’re planning to make that adjustment.

Maybe your spouse recently got a raise or you’ve saved up to cover the limited salary in order to be a part of the startup. Whatever it is, be honest and talk about it.

Risk is a reality in any business, but there’s significantly more risk when you decide to work with a startup. Obviously, you wouldn’t be interviewing with a startup if you didn’t think it was worth the risk. It is important to communicate that you understand the risks exist, as well as how you’ll weather them.

Let the founder know what kind of safety net you have in place. As well as how long you’ll be able to live off of a limited salary. It’s one thing to take a pay cut for a few months, but a whole other matter to take one for a few years.

Next, if you’re leaving a stable, high-paying job in order to take the risk of being a part of a startup, there’s a reason for it. No one would take that kind of gamble if they didn’t believe it would pay off. You need to make sure they know why.

#4. Give examples of how you’ve handled other big transitions in your past.

The transition from working for a large corporation to a startup is going to be a big one. In fact, it will probably be a shock to your system.

You’ll have fewer processes and tools to fall back on. You’ll have to be able to stay nimble to cope with the frequent changes. Additionally, You’ll have to rely a lot more on your talent and creativity. Suffice it to say, it will be a big difference.

While you may not have made the specific transition to a startup in your career, you’ve probably dealt with other big transitions. Let the startup know about those transitions and how you’ve handled them.

#5. Convince them of your growth potential.

Things are changing quickly all the time in a startup, and what you’ve been hired for today will probably end up looking very different in a year or even a few months from now. It’s important to let the founder know that you’re aware of that, and that you’re capable of handling whatever your position may grow into.

For example, if you’re getting in the door of a startup as a social media director, let the founder know that you have the skill, experience, or potential to eventually become the head of the entire marketing department.

If the founder of a startup is about to hire someone for $40,000 or $50,000 a year plus benefits, they need to know that they are worth the investment. By proving that you can add value to the organization, you can avoid being seen as an expense.

Startup founders see things in terms of how they impact their bottom line, and that includes who they hire. During your interview, make it clear what kind of value you can bring to the startup and why you’re worth the investment.

Working for a startup is not easy, and it’s not for people who are looking to meet the minimum requirements and go home. Successful startups require people who are willing to put in the long hours and hard work to make it happen because they are passionate about the mission.

If you’re not 100-percent sold on the organization and you’re not ready to dedicate yourself fully to the mission, do yourself — and the startup — a favor, and walk away.